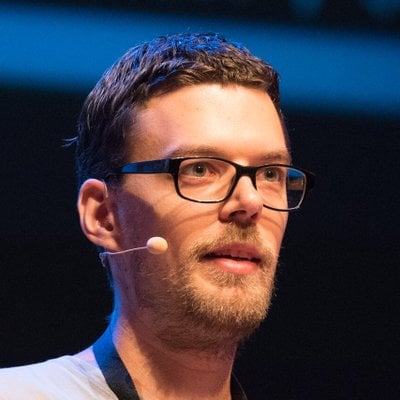 We just released version 2.13 of Tinkerwell today, and I'm super excited about this release, as it brings a ton of new features and quality of life improvements.

Haven't heard of Tinkerwell before? Tinkerwell is a lightweight programming editor that allows you to instantly evaluate your PHP code - either in your local projects, or within remote applications safely via SSH.

Tinkerwell 2.13 comes with Apple Silicon compatible versions, so you no longer need to use the Intel based app. You can download the Apple Silicon version after logging in to your Beyond Code account.

Previous versions of Tinkerwell always buffered the output and then showed you the evaluated result at once. With version 2.13 of Tinkerwell, this is no longer the case. Tinkerwell shows you the output of your PHP code in real-time, as it occurs. In addition to this, you can now also stop long running PHP processes by clicking the "Run" button again, and have a "loading" indicator in the toolbar, so that you always know the state of the current code evaluation.

In addition to grouping and sorting, you can now also color-code your SSH connections. Do you want to emphasize that a connection is in production? Why not give it a red color code.

When you open up a SSH connection, you will now also see the color-code within the tab bar so you always know which connection you are currently working with.

This version of Tinkerwell also brings a bunch of new settings. Most notably, this version now allows you to switch the code editor layout from horizontal to vertical. 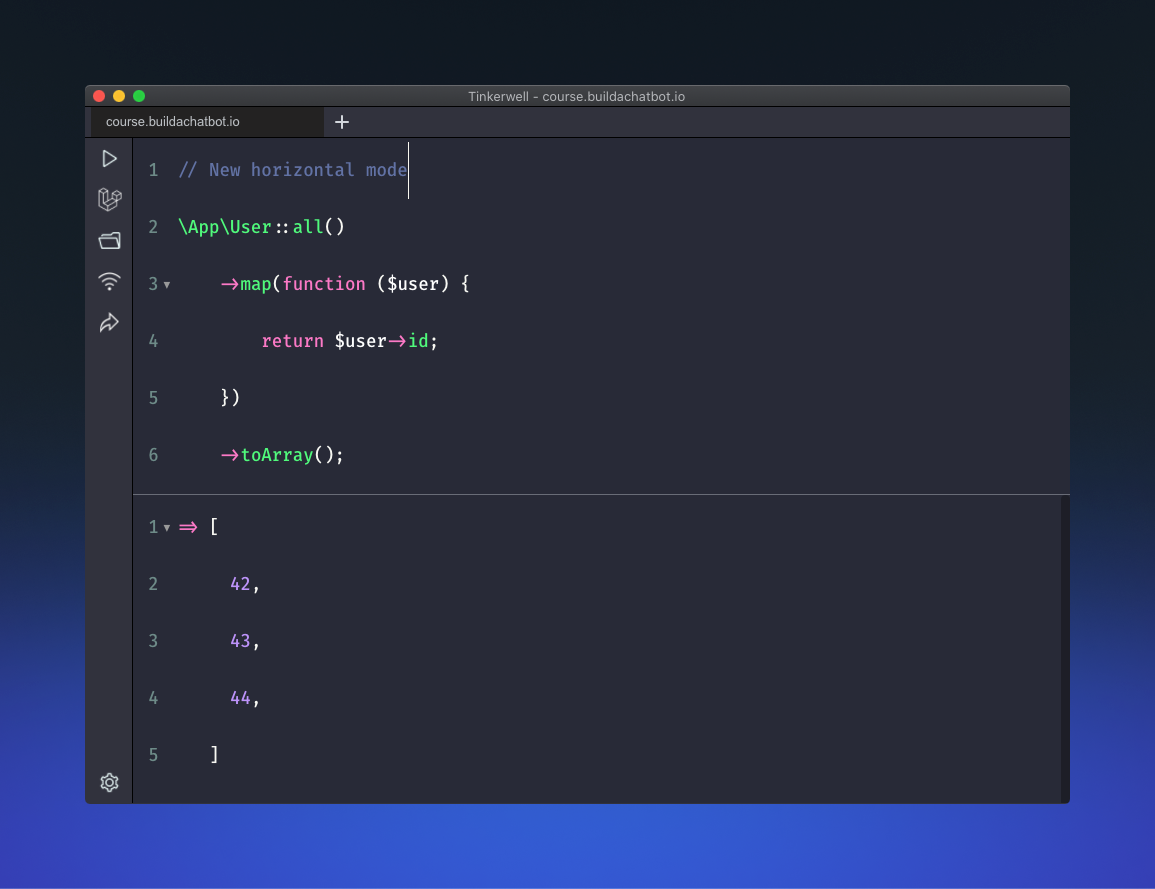 If you always end up opening that one project within Tinkerwell, you will like this new feature: You can now select a default folder that will be used when you open up a new tab. By default, this is the Laravel application that ships with Tinkerwell, but you can change this to any local folder on your computer.

There are also some small, but very convenient, improvements made to the code editor itself. Brackets will now automatically be closed, as you open them, and when you move the cursor next to a bracket, the editor will slightly highlight the matching opening/closing bracket.

We also updated the built-in Laravel version to the latest stable version available, which at the time of this release is 8.38.0.

Last but not least, we added a new shortcut that allows you to toggle the auto code evaluation mode. Press CMD/Ctrl+Shift+A to toggle between automatically evaluating your code as you type it, or manually running it using CMD/Ctrl+R or by pressing the "Run" button in the toolbar.

If you were using Tinkerwell in combination with Docker before, you might have noticed that the code evaluation was not as snappy as it was locally or via SSH. This new update improves the Docker performance by ~30% 🚀

Besides all these great, new features, we have also fixed some bugs that the previous version had: